Midweek racing at Sandown-Hillside and Randwick-Kensington on Wednesday and we’ve got a horse to follow from each.

A really strong debut from this Sebring filly who really attacked the line in a promising manner to win well. The time was inferior to the colts and geldings maiden over the same distance, but I daresay Tashi could've won by further if not strung up in traffic early in the straight. Her willingness to take gaps and chase strongly is always a good sign for a young horse, and given she only really hit top gear inside the final 100m, I'd expect she'll get quite a bit further in time. Her breeding also suggests a mile will be ideal in time, and I think she can step to Bm64 grade next time out over 1200m and prove hard to beat again.

Another two-year-old filly by Sebring to follow, with this girl really attacking the line on debut in an unsuitable race for the Trent Busuttin & Natalie Young camp. She started favourite off the back of strong jumpout form but got back to last after a poor start and raced greenly. The leader went very slowly in front and turned it into a dash home, with Starianne hard ridden to level up. Her last 600m was the fastest of the race and she profiles as a filly who we'll see the best of at 2000m and beyond. It wouldn't shock me to see her win a maiden over 1400m next start before being tipped out and set on a VRC Oaks path. 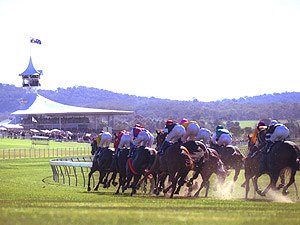