El Vencedor signs off in style

El Vencedor has added to the family’s Queensland roll of honour and will return home for a deserved break following a commanding performance to win at Doomben.

The Stephen Marsh-trained three-year-old signed off his first Australian tour of duty with an effortless victory over 1200m on Wednesday.

El Vencedor  is owned by Wellingtonians Mark Freeman and David Price, who also bred and raced his well-performed brother Chocante.

The son of Shocking won five races from Marsh's Cambridge quarters with his career highlight a 2017 success in the Gr.2 Doomben Cup and also subsequently placed in the Gr.1 The Metropolitan (2400m) at Randwick.

Marsh confirmed that El Vencedor would now be on the first plane home while stablemate Chakana will make one further appearance in Queensland before returning to New Zealand.

"It was a nice race for him and we thought he would run well and it was very pleasant to see," he said.

The gelding had been unplaced in his first two runs at Eagle Farm before warming to his task and had finished runner-up at Doomben before a successful return visit.

"He just raced a bit fiercely in his first couple of starts there and then settled a bit better, his racing manners aren't quite 100 percent yet," Marsh said.

"It was nice to see him go out with a win and he'll come home now for a little break and then be set for some nice races, I don't know what just yet, toward the back end of the spring before the tracks get too firm."

El Vencedor is out of the O'Reilly mare Strictly Maternal, but unlike his sibling Chocante, and his Hong Kong Derby-winning half-brother Sky Darci, has showed an affinity for short course racing.

"Right from the early days he showed a lot of natural speed and I thought he would get over a bit of ground, but I don't think he will," Marsh said.

Barnmate Chakana placed at the Sunshine Coast and at Doomben for rider Jim Byrne before the daughter of Reliable Man came from well back in the running to finish fourth under Anthony Allen in last Saturday's Listed Ipswich Cup (2150m).

"I thought her run was terrific and she'll run again in nine days' time in the Caloundra Cup (Listed, 2400m)," Marsh said. "She's in a very good spot and will come home after that.

"The step up in trip and the bigger track will be ideal for her and Jim Byrne was very quick to get on the phone and confirm he wanted to get back on the mare."

Marsh has a number of domestic runners in the coming days and, while admitting he had no standouts, leaned toward Oseleta as his best chance.

A half-sister by Deep Field to the Gr.3 Manawatu Classic (2000m) winner Valpolicella, Oseleta goes into the Zest Handicap (1200m) at Tauranga on Saturday off the back of a last-start sixth at Avondale.

"I think she can bounce back to form. She's going well and she has run very well at the venue before," Marsh said. 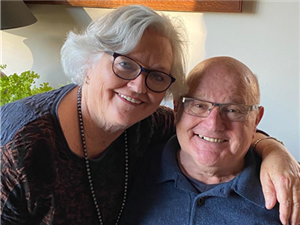