Go for Green Team at Bath

Green Team takes the eye as he kicks off his season in the Join Casumo Today Kelston Cup at Bath.

Trained by Kevin Ryan for owner Ahmad Al Shaikh last term, Green Team had three starts as a juvenile, making progress from an initial fifth at Haydock in July to win second time out at Ayr in September.

Three subsequent winners were in behind that day and connections felt suitably emboldened to take a leap up in company for the Group Three Autumn Stakes at Newmarket at the end of the year.

Sent off an 80-1 shot, Green Team tried to make all but it was no surprise to see him backpedal quickly at the finish, eventually being beaten 10 lengths by this year's 2000 Guineas hero Coroebus.

The Wootton Bassett colt was switched to the care of Owen Burrows over the winter and while his rating of 90 does not give his new team much wriggle room, he could still be feasibly treated as he steps up to 10 furlongs – a trip that looks sure to suit.

Kodiak Attack is on his lowest mark for the best part of a year and can take full advantage in the Casumo Bet 10 Get 10 Handicap.

He was a winner off 52 at Lingfield last July and lost little when beaten into second under a penalty on his next start, which transpired to be his final run of 2021.

Starting this year off 61, Kodiak Attack made little impact on his first couple of runs, but eased to a perch of 57 last time, he showed a bit more promise in finishing fourth in an average event at Lingfield last month.

A three-and-three-quarter-length fourth does not reflect the merit of his run as he tried to make all from a bad draw, while his rider also reported his saddle to have slipped.

The handicapper has eased him another 1lb after that effort and Kodiak Attack could now regain the winning thread.

Katyusha should strip fitter for her recent return in the Cazoo Search Drive Smile Handicap at Newcastle.

Having her first start for 184 days when lining up at Chelmsford earlier this month, Katyusha was found out in the last of seven furlongs after travelling pretty well before the pace really upped.

Beaten nearly five lengths that day, Katyusha has been dropped 1lb and it is interesting that Charlie Fellowes makes a jump up in trip to 10 furlongs, with stamina not lacking on her dam's side.

Substantial could still be ahead of the handicapper as he enjoys his second start of the year at Gosforth Park.

The four-year-old secured a first career victory at Kempton on his seasonal bow, coming home a length and three-quarters clear without really having to hit top gear.

Raised 6lb ahead of the pulmangroup.co.uk Handicap, he looks to have something still to give and hails from the red-hot William Haggas yard, which is certainly another positive factor.

Cosmic Desert can make it third time lucky for Charlie Appleby in the At The Races App Market Movers Novice Stakes at Lingfield.

The gelded son of New Approach shaped with abundant promise when third on his debut behind stablemate New London, who went on to finish second in the Chester Vase.

Cosmic Desert was second at Windsor next time and looks to have been found an excellent opportunity to open his account.

The Jonjo O'Neill-trained Red Maple rates the best bet over the jumps at Southwell.

A drop in trip seemed to do the trick for the six-year-old when getting off the mark over hurdles at Worcester three weeks ago, having previously been failing to get home over longer distances.

A 5lb rise does not look insurmountable if he is in the same form for the Bet £10 Get £10 With vickers.bet Novices' Handicap Hurdle. 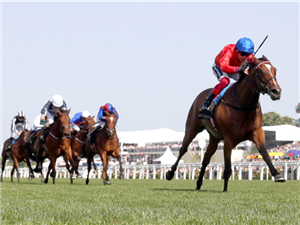