Ryan Balfour can emulate his late father David winning the Group 1 Goodwood 32 years after Beau George was the toast of Adelaide racing.

Beau George produced a barnstorming finish to run down rivals in the 1990 edition and if Outlaws Revenge was to win a Goodwood it would come in very similar way.

The Balfour family has a rich history with South Australian racing's sprint showpiece and it's undeniable what the race means to Balfour and what winning would do for his training career.

"Mum (Robyn) still has the Beau George Lodge sign out the back where the stables (at Camden Park) were,'' Balfour said.

"Mum's dad Tom Neale won this race with Picargo. It's our most iconic race and our most special race,'' he said.

Balfour has spent his life in and around Morphettville and despite being the tender age of 10 when Beau George saluted in the Goodwood, he has fond memories of what it meant to everyone involved.

"I remember going to the owners house that night,'' Balfour said.

"You know it's a big deal (at the time), but as you get older you understand just how big a deal it was,'' he said.

Balfour maintains Outlaws Revenge is going to be even better horse next campaign and said he is thrilled with how their Goodwood plan, which was hatched at the back end of last year, has unfolded following an eye-catching run in the Group 3 D C McKay Stakes last start.

"He's going to get better with age,'' Balfour said.

"He's been set for this since winning the two stakes' races last year and he's the 1200m Morphettville track record holder.

"Just to get a horse into this race is great, to win it would be amazing and hard to put into words,'' he said. 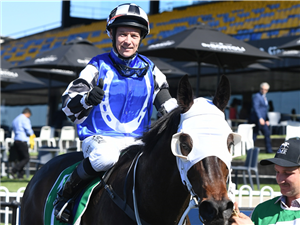