Racing returns to Caulfield as the final meeting before Winter Finals day next week at Flemington.

Back to Caulfield and just one week out from Winter Finals day next week. There are definitely a few of the usual suspects going around (I swear I've seen races 4 & 8 run many times before) but also some fresh blood, with debut winner and the very smart looking Ghaanati perhaps the highlight on the card.

She looks exceptionally hard to beat and somewhere around even money looks fair enough, but the punters want more than the obvious, and so I would direct them to Race 3 for my best of the day, with Duchess Of Dorset getting the nod at 4-1 with good shopping.

A promising mare who won three from four last preparation (the only miss coming behind It'sourtime at Flemington, back when he could jump with the field), she's been a bit indifferent this time. A touch unlucky but without looking likely first up in April, then given a fair let-up and dropped back to the specialist 975m at Swan Hill two weeks ago, only managing to hold her ground at $1.80.

Now with the cobwebs blown out, and back out to her pet distance of 1100m, she should be ready to fire. Her last start rating leaves a bit to be desired, but ratings in her last campaign measure up fairly well, and I'd make her a better proposition to run to those ratings than a few in the field.

Drawn barrier 2 for Linda Meech, she likely takes the box seat or even potentially the 1-1, with race favourite Dance To Dubai drawn her inside and sure to kick up. The speed looks good with noted leaders Twist Of Fury and Lady Solly perhaps a touch vulnerable at a strong 1100m coming across, and Duchess Of Dorset should be right there to pick up the pieces late.

Over to Race 5 for a fairly nondescript Bm78 mile, I'm siding with Fifth Position who I marked as a horse to follow from his first up run. I thought it was interesting to note that he led on that occasion after typically getting a fair way back in most Australian starts.

Unfortunately he has drawn wide here but with a few midfield/off pace types drawn around him, Patrick Maloney may be able to find a back to follow midfield rather than taking his medicine and going back.

Second up last preparation he was one of the better things beaten for the year at Flemington on Oaks day, with no doubt there he should've won, and his overall second up profile tends to read better than his fresh one so he should improve into this.

One of the better last start ratings despite a slow pace up front suggest he's right in this race, and a genuinely soft track plays right into his hands as he is a horse that's jarred up in the past on firm decks.

Around the $10 mark with some bookmakers, he looks a decent gamble. 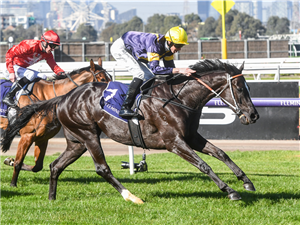