Next coach must push us, says Lanning

Australian cricket captain Meg Lanning says outgoing coach Matthew Mott will be missed and his replacement must make sure they continue to improve.

The Australia women's cricket team have lofty expectations of their new coach, with captain Meg Lanning saying they must not rest on their many laurels.

While Australia will send the same squad of 15 to the Commonwealth Games as the combination that won the World Cup last month, coach Matthew Mott's resignation means they are now in a period of change.

Mott will coach the English men's one-day program after a seven-year period during which he oversaw the transformation of the women into one of Australia's all-time great sporting teams.

Apart from winning the 50-over World Cup for the seventh time, they also hold the Ashes and are the reigning T20 world champions.

Lanning's team will go into the Birmingham Games as the overwhelming favourites.

Shelley Nitschke will be the interim head coach for the Games and a warm-up tri-series against Pakistan and Ireland in Northern Ireland. Ben Sawyer will continue as assistant coach.

They are the two obvious candidates to take over as permanent head coach, with the decision to be made after Birmingham.

Whoever it is, Lanning made it clear they must find ways to make a great team even better.

"He got us to a point where we are leading the way," Lanning said of Mott.

"The real challenge for our group now is trying to stay there as best we can, for as long as we can.

"For the new coach coming in, it's about challenging us, making sure we're improving and evolving.

"That's probably the biggest challenge for us, making sure we're not standing still and getting better all the time - if we don't do that, we certainly won't be the best team in the world."

Lanning added Mott was a great manager of people who had a massive impact on her.

"We've had our challenges and that's what makes it extra special, particularly that last World Cup win.

"We had to fight through a fair bit to be able to that point.

"He's been a massive impact on the team, but myself individually, he's really good at challenging you, but also giving you a lot of confidence as well. He's a huge loss, it certainly will be very different without him."

Lanning said having Nitschke as interim coach would give the team continuity going into the Games.

She also endorsed either Nitschke or Sawyer as the next permanent head coach.

"It's a good question - Shell and Ben would be great at the job," she said.

"The first part is to go to the Commonwealth Games and play and perform well there, with Shelley in charge.

"Then I guess they'll go through the process from there.

"From a players' perspective, all I'm concerned about is how we can play well over in Birmingham and the tri series as well - the process will take care of itself." 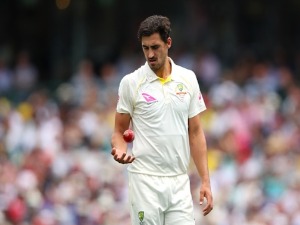