George Kambosos Jr. is ready for everything Devin Haney throws at him when the two undefeated lightweights square off in their unification bout in Melbourne.

"You can't compare this to any other fight (in Australia). This is two undefeated guys who have so much to prove, all the belts here in Australia. Full stop, this is the biggest," Kambosos said on Thursday.

Hence why Kambosos has put himself through training "hell" to make sure he has all the answers to Haney (27-0, 15KO).

"I'm in the ultimate shape of my career," the lightweight said.

"Not the best shape - the ultimate shape.

"Straight after the biggest win of my career against Teofimo Lopez, I sat down with my team and asked: 'How are we going to get to the next level?

The 28-year-old flew unbeaten super-lightweight Albert Bell in from America to finalise his preparations for Haney.

"I finished sparring yesterday. Did my final six rounds with Albert Bell, No.4 in the world, 22-0, he's a hell of a fighter," Kambosos said.

"We brought him in a couple of weeks ago. He's kept me nice and sharp."

Kambosos is convinced he has all the answers for Haney, the self-styled "dreamer" of their stacked weight division.

"This is just a dream for him. I'm reality. I'm a nightmare," the Sydney slugger said.

"Everyone has dreams. I had a dream to become champion of the world.

"But unfortunately most of the time a lot of dreams don't come off. And this is his dream but come June 5th the nightmare, reality will kick in and it will kick off in the first round.

"Everything I bring to the table will be too much for him.

The unified mega-fight will be Kambosos' first in Australia since 2017, when he moved first to the US and then to the Philippines to work as the great Manny Pacquiao's sparring partner.

Kambosos on Thursday said he was expecting Pacquiao to be ringside in Melbourne.

"I'm hearing he's going to be here so I look forward to catching up with him," he said.

"I always keep in contact. Unfortunately he didn't succeed in his push to become President. But he's a strong man so I'm sure he'll be pushing again for the next." 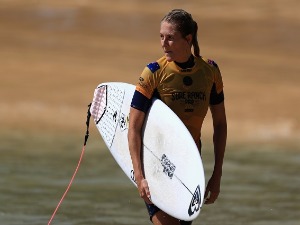