Former Australian fast bowler James Pattinson will not see out the final year of his BBL contract with the Melbourne Renegades.

The tearaway quick has parted ways with the BBL, after an injury-plagued 2021-22 season when he played just six games.

Coming towards the end of his career, Pattinson wants to prioritise looking after his body and family duties.

The 32-year-old abruptly called it quits from international cricket last year after taking 81 wickets at 26.33 in 21 Tests.

Pattinson was once a lock in Australia's red-ball team but injuries halted his promising career.

"Unfortunately I could only commit to part of the season given my state and overseas cricket commitments," Pattinson said.

"I'll need to take a break in December to give my body a rest and also want to spend that Christmas period with family.

"I'd like to thank the Renegades for my time there and wish them all the best for the season."

The Renegades will be desperate to bounce back next season after collecting three-consecutive wooden spoons following an unexpected title win in 2018-19.

"We understand the position he's in with prioritising his County and State cricketing commitments and appreciate him being up front with us," Renegades general manager James Rosengarten said.

"With James only being available for part of the season, we feel the best option for us is to utilise this list spot on a player who can fully commit to the Renegades for all of BBL12." 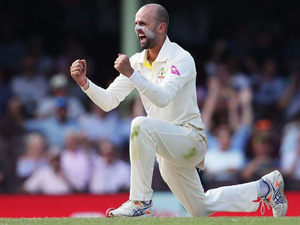