A-League Men's club Western Sydney have confirmed the departure of defender Phillip Cancar, who has taken up an offer overseas.

Western Sydney Wanderers have suffered a setback with Phillip Cancar quitting the A-League Men's club to pursue an opportunity overseas.

The 21-year-old broke into the first team in his second season at the club making 12 appearances and scoring one goal in the domestic competition.

The Wanderers were sad to see the young defender leave.

"Despite all efforts to keep the defender in Western Sydney, Cancar has taken up an opportunity to return to Europe," the club said.

"The Wanderers would like to wish Phillip all the best in the next stage of his career overseas." 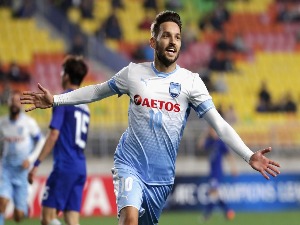