The likes of Sam Kerr and Steph Catley won't face Spain in a friendly match where Matildas goalkeeper Lydia Williams is set to win her 100th cap.

If Matildas mainstay Lydia Williams lines up for her 100th cap against Spain, it's likely to be without many of the players who've shared most of her journey.

Williams is due to reach her century at the Estadio Nuevo Colombino in Huelva on Sunday morning (5.30am AEST).

With Sam Kerr, Steph Catley, Alanna Kennedy, Caitlin Foord, Kyah Simon and Mary Fowler among those rested, and Ellie Carpenter injured, Williams will be one of the highest-profile players to face La Roja.

Plenty of young players, fringe Matildas and potential debutants will instead take to the field against the world No.7, who are preparing for the Women's Euros.

"It's a good preparation for us. Let's be honest and real: it's a team that is going into a major tournament versus a team that's coming off a break," Williams said.

"Right now, it's going to be a good indication of seeing how these teams are lining up for a major tournament.

"We see the gaps and what we need to make sure that we are improving and ahead of the game when it comes to 2023.

"It's going to be more, I guess, of a learning, educational tool rather than 'let's go out there and win the game' kind of thing."

Despite the otherwise weakened squad, coach Tony Gustavsson has picked all three of Australia's top goalkeepers in Williams, Teagan Micah and Mackenzie Arnold.

"We push each other along, we're happy for the one that plays," Williams said.

"It's a really good squad that we have with the goalkeeping ranks.

"Australian football has always produced really good goalkeepers so to have that kind of camaraderie there is always a good thing."

Williams treasured most how women's football and the Matildas had developed since she made her debut as a teenager in 2005, and listed the 2015 Women's World Cup round-of-16 win over Brazil as the highlight.

"To be honest, I wouldn't have dreamt that I would have come this far," Williams said.

"So really, it's just an honour and a privilege.

"I think I've been around for everyone's first cap. That's kind of more special to me seeing how everyone's developed.

"One hundred caps is really cool. I would have never believed you if you had told me that when I was first playing.

"This is my favourite team to play for. I am just really excited to be back here."

Williams is yet to re-sign at Arsenal but confirmed contract negotiations were ongoing. 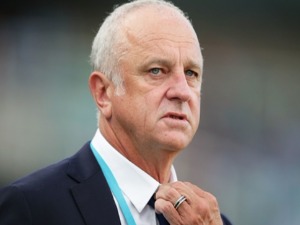