On a milestone Group 1 win: “Incredible for Gai and Adrian - 150 Group 1s for Gai now, Adrian and Gai round about 18 or 20 Group 1s. Gai’s first Stradbroke and Alligator Blood back to his best.”

On getting the horse back to form: “As has been well documented over the last year or two the horse has had problems. But Gai and Adrian, the staff back at Randwick and also up here in Brisbane have worked overtime to get this horse right.

“I was telling the owners before he’s just such a happy horse and a great horse to do anything with. We’re rapt that we’ve got him and he’s come back to his best.

On the stable’s expectations: “We were a bit wary first up two weeks ago but when he put that run on the board, he had improved so much since. Tim Clark came up and rode him on Tuesday and said this horse is flying.

“He looked at treat in the yard, it’s just incredible that Gai and Adrian could get him back to where he is.”

On the ride: “He began well but as expected there was a fair bit of tempo and not only did I not have the horse to be in that speed battle I knew if I attempted to be with them I’d have nothing left at the end.

“So I was able to slide across back in behind them and it ended up working out lovely. I got the back of Ayrton and that horse took me everywhere I needed to go.

“On straightening it was a matter of just being patient, letting him build through his gears and I thought all he has to do is find off the bridle.

“He showed a great turn of foot. I haven’t had a lot to do with the horse’s career but that was a pretty special performance.”

On the horse: “I rode him first up here and obviously he went terrific. I came up and worked him on Tuesday, he’s a pretty casual horse so he did as much as you’d expect him to do but with that run under the belt he had taken that bit of improvement.

“I was a bit dejected when he drew that barrier but it panned out beautiful for him.”

On the Group 1 win: “Great to ride another Group 1 winner for Gai and Adrian. Gai’s 150th and first Stradbroke. I’m sure they’d be stoked.”

Brenton Avdulla (Private Eye): “He went huge and was probably stiff not to win. The low draw helped him early but the things around him didn’t take him anywhere and the winner was off and gone.”

Jim Byrne (Apache Chase): “Isoptope started playing up in the barriers and he just lost it, so he was slow away. Ultimately, he couldn’t get into a really good rhythm, he was getting a lot of pressure, and he likes to get out and free-roll. It’s unfortunate, but it is what it is.”

Hugh Bowman (Eleven Eleven): “He got a bit upset in the barriers with a bit going on and I didn’t have time to settle him. During the race it was chaotic, to say the least, and he didn’t appreciate it unfortunately.”

Kerrin Mcevoy (Emerald Kingdom): “Just took him a little while to get cover and when he got cover he relaxed better. He actually rode like he felt the ground a little but he’s run an OK race.”

Jay Ford (Wild Planet): “He got creamed out of the gates but he seems to be out of sorts at the moment.”

Tommy Berry (Rothfire): “That was a tough effort, wasn’t it? He was made to work, we expected that, and I only got a furlong and a half breather, and he gave a good kick but he only finds a length then holds that. That was as good as he could go.”

Sam Clipperton (I Am Superman): “I thought he ran well. He’s usually a bold going horse but he was only just in my hand, so I think that really just shows the pressure of the race but he’s continued to work to the line really well.”

Jason Collett (Bandersnatch): “Being squeezed up in the middle stages didn’t help him.”

Anthony Allen (Niccanova): “Really rapt with him. He jumped nice and got a good spot, but it’s a bit hard to make ground today, so he ran super.”

Ms Rachel King (Buffalo River): “He ran well considering he missed the kick and ran completely against his pattern.”

William Pike (Isotope): “She’s given me a good sight. We probably got suckered into going a little bit too early, but she went well.”

Craig Williams (Brooklyn Hustle): “For her to finished sixth overall, her effort was amazing the way the races are being run today, particularly that race. She’s just a little star, she’s run really well with not many things going right for her the way the race was run. Ran to her normal honest self.”

Stephanie Thornton (Vilana): “I thought he went super. He didn’t have the best of runs but it was a really honest run and he’ll be a nice horse in time.”

Taylor Marshall (Startantes): “Phenomenal run from this little filly. Had a beautiful run through after getting on Eleven Eleven’s back at the right time. She’ll be primed for two weeks’ time.” 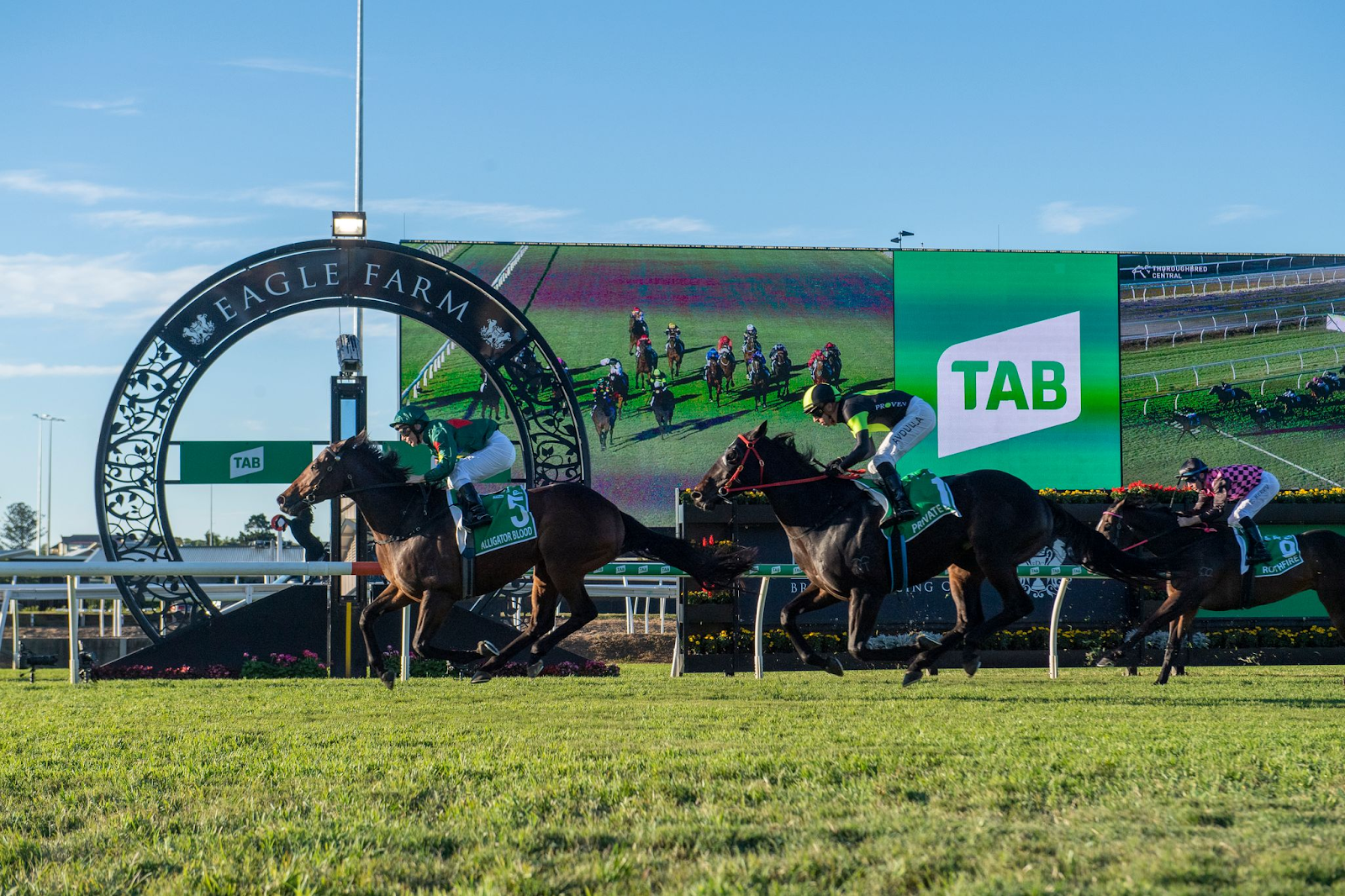