“The very special little pumpkin. We’ve know she was special for a long way through and she went that close in the Surround in Sydney, she had no luck. We made a big call taking Taylor off and putting Jason on but he was last coming into the straight, kept his cool and ran right through them.

“She’ll go to the paddock for sure. I was going to take her to Melbourne for the spring but I’ll need to re-evaluate that now because she hasn’t had a break now for literally two preparations - only little bandaid breaks but jeez, there are some nice fillies and mares races at Flemington isn’t there?”

“I am so pleased for the ownership group. We had the Mum - Funtantes, I had her Mum - Cantantes, it has been a part of my life for 23-24 years. This ownership group has been with me the whole way. My staff have done a fantastic job and of course, Jason Collett - thank you mate.”

On association with Startantes: “I just missed in Sydney on her. It was great to get back on her. I’ve followed her this prep since both of us came back and she’d been running good, honest races but she probably hadn’t been finishing them off quite like she did today.”

Thoughts on how she finished: “The feeling I got when I pushed the button, I thought it was pretty good at Randwick when I just missed, but today it was unbelievable. Her turn of foot is electric.”

“I got up next to the Ciaron Maher runner (Snapdancer), I didn’t have a hell of a lot of carrots left and I was a touch worried but I was the fresh legs on the scene.”

On winning another Tatt’s Tiara after Invincibella in 2019: “It was three years ago and definitely one of my best times on track. It was good today to come back and get another one.”

Ethan Brown (Snapdancer): “She ran her heart out. Left out in front a fair way out/ She probably deserved to win but beaten by a better on on the day.”

Ryan Maloney (Shout The Bar): “I thought her run was credible. She was first-up in a high pressure race, she was just found wanting in the last furlong. But she’s bound for improvement.”

William Pike (Away Game): “A very good effort. With a better barrier I think we’re in the money.”

Mark Du Plessis (Vangelic): “Got a lovely spot behind Palaisipan - it ran third - and my filly never let down on this track.”

Nash Rawiller (Nudge): “The make up of the race didn’t allow us to really finish off, but she probably finished with as good sectionals as she can and ran really well. Just didn’t have an opportunity to work home.”

Stephanie Thornton (Brooklyn Hustle): “She ran well. We obviously had the eventual winner to our inside throughout but I think she’d come to the end of her prep.”

Hugh Bowman (Wandabaa): “To be effective ar 1400 I think she needs to settle better than she did today.”

Jay Ford (Atishu): “She ran really well. Just coming back in trip she seemed to struggle to got he speed all the way but she was strong late.”

Larry Cassidy (Charmmebaby): “I thought she ran pretty good. Obviously coming back in distance, the wide draw didn’t help, but she didn’t disgrace herself.”

James Orman (Written Beauty): “Good run. Got a nice run behind Away Game and traveled pretty good but just would have appreciated a bit more give in the track.”

Brodie Loy (Yamazaki): “A little bit disappointing. She relaxed so nicely I thought she’d finish off nicely. Didn’t and felt the ground.”

Luke Tarrant (Palaisipan): “Massive, massive effort. Honestly, if we draw a gate and we do no work like last start we probably win a Group 1 there. But the cards didn’t fall that way. Can’t fault the effort.”

Brock Ryan (Bring The Ransom): “She was never going comfortable and didn’t travel for me. In doing that she couldn’t quicken off it.”

Kyle Wilson-Taylor (Enchanted Heart): “Probably found that grade a bit beyond her but she was honest and tried hard.” 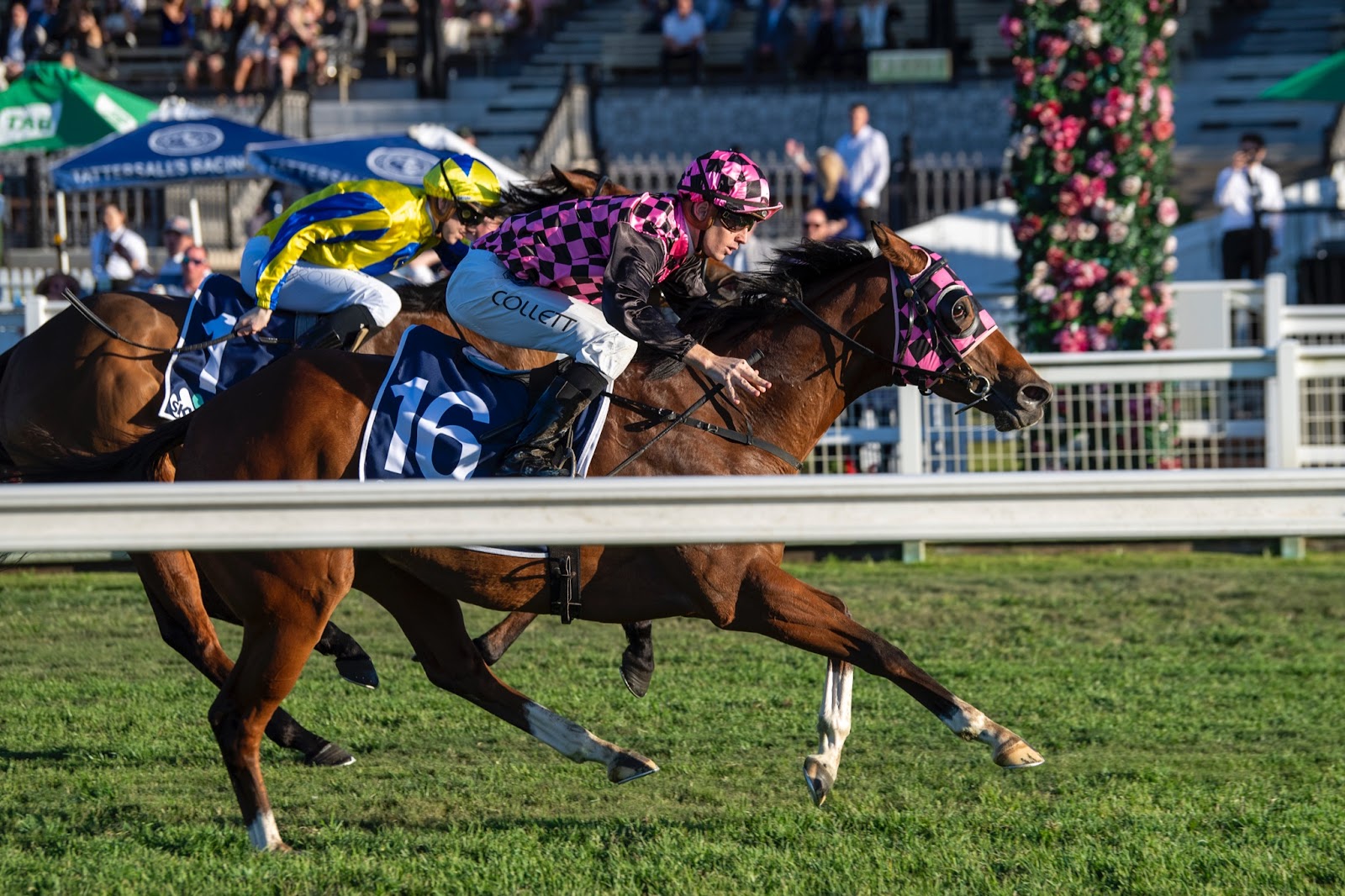