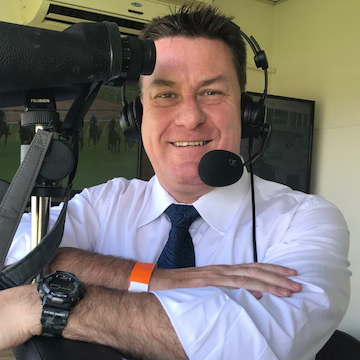 by Brett Davis , one month ago

#14 Vector the Tony Cruz trained galloper has been in good form lately, albeit without winning, and he should be better suited by the longer straight at Sha Tin this time, after he closed off strongly at his latest outing at Happy Valley. The son of Deep Field has a lightweight to carry and will benefit from the likely genuine pace that this event will be run at.
#12 Star Of Red maps to get an ideal run in transit for Harry Bentley and comes into this race on the back of a good effort in a similar race where he finished third to "Golden Mission".#3 Melbourne Hall has the natural talent to win a race at this level and will wear the blinkers for the first time.  He's only recently dropped in class and has won off a higher rating in the past.
#6 Moon Peaks is one of the likely pace influences in the race and should be in it for a long way.  He's another recent class dropper who went very close to winning last time out.  He certainly gets conditions to suit from a class, course and distance point of view.
#8 Dragon Baby will need luck from a wide draw once again, but John Size doesn't have many class five horses and he certainly has the necessary ability to win a race like this.

#7 Turin Redsun was desperately unlucky not to win last time out when he met a similar field in the Group 3 Premier Plate and gets his chance here with Zac Purton to ride this time.
The consistent galloper will get every chance under Purton from barrier four, in what shapes up as being a pivotal race in the jockeys' title fight between the Aussie and the Magic Man.
#9 Money Catcher is the mount of Joao Moreira and has a bit of class on his side, given that he ran third in the Hong Kong Derby behind two top horses, "Romantic Warrior" and "California Spangle". Although he was comfortably beaten by "Bourbonaire" last time out, he should appreciate racing on the firmer surface.
#6 Fantastic Treasure was one of last season's most promising horses but hasn't had things go right this season.  He's had a couple of runs back after a lengthy break and his latest effort suggested he was looking for a step up in distance, which he gets this time.  He's a progressive galloper who is well weighted in this event.
#8 Bourbonaire has received a significant increase in the ratings after his dominant last start win, however, he did everything in his favour that day.  Nevertheless, he was in good form prior to that win and is still capable of making his presence felt.
#4 Savvy Nine has had a very good season without winning a race, and was placed at the highest level when he ran second to "Russian Emperor" in the Hong Kong Gold Cup earlier this year. He's probably better off over further, but is still a place contender.

#3 Voyage Warrior can return to his winning ways in this race. He's been going well without winning this year but he maps to get a charmed run from barrier two, he put in a solid effort last time out at Happy Valley and he's got a bit of class on his side, having won at group two level and performed well at group one level in the past. He also meets the likes of "Lucky Sweynesse" slightly better at the weights this time around.
#6 Lucky Sweynesse is a talented horse on the rise, who's won four of his six starts this campaign and once again has the services of Zac Purton. He finished just ahead of "Voyage Warrior" last time, however, the slight weight swing in favour of "Voyage Warrior" and the awkward barrier draw of gate 10 is the reason why I've got him as my second pick in the race.
#10 Jumbo Fortune brought over good form to Hong Kong when he raced as "Saif" in Australia and is really starting to hit his straps in his new home. He hit the line strongly last time out, he should get the tempo to suit him and although he's stepping up in class, he gets in with a light weight and is progressive.
#2 Blaze Warrior is one of the class runners in the race and has performed well throughout the season. He'll appreciate the likely genuine pace in this race, he's honest, and he should be finishing off strongly once again.
#1 Trillion Win has the topweight and outside draw to contend with, but he's another one of the class runners in the race and is certainly capable of finishing in the top four.