The last surviving Melbourne Cup winner of the 20th century has died.

Rogan Josh was Bart Cummings' 11th Melbourne Cup winner and had spent much of his retirement at Living Legends on the outskirts of Melbourne before being humanely euthanised.

Commencing his career in Western Australia, Rogan Josh was trained by Colin Webster to win the 1998 Bunbury and Cup and Pinjarra Cup and was transferred into Cummings' care for a Melbourne Cup campaign the following year.

Rogan Josh won the Herbert Power Stakes (2400m) before going on to run fourth in the Caulfield Cup. He then showed he was on target for the Melbourne Cup winning the Mackinnon Stakes (2000m) three days before Australia's great race.

Sent out the $6 second favourite in the Melbourne Cup, Rogan Josh defeated Godolphin galloper Central Park by a half-length.

"Rogan Josh represented everything that makes the Melbourne Cup so special," Jordon said.

"His story was amplified by Wendy Green who shared the joy of Rogan Josh's Cup win with the people of Australia.

"The VRC sends our condolences to Wendy Green and all who loved and cared for Rogan Josh during his long and healthy retirement at Living Legends."

Green famously drove the 7500-kilometre round trip between Darwin and Melbourne and, following Rogan Josh's Cup victory, stopped off at many towns along the way to share the magic of the Cup with local communities. 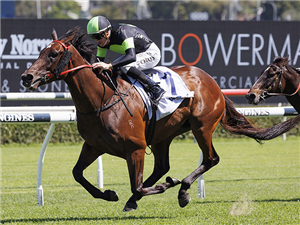