Racing and Sports highlight our standout plays at Australian TAB meetings for June 22.

HIDE YOUR HEART (7) has been knocking on the door this time in with consecutive runner-up finishes and the step-up to the 1550m looks ideal. Drawn to get all the favours from the inside alley and will be near her peak now third-up. Great chance to break through. GRECIAN LASS (6) went down by the narrowest of margins last time out and strips fitter second-up. Looks a key player. MARALAGO (3) has placed over this journey and draws low for Pike. Top-three conveyance. ABSURD (5) tends to mix her form but can play a role if she brings her A-game. KIRISHI (9) best of the rest from the in-form Waller barn.
SELECTIONS: Hide Your Heart to win.

As a FREE Racing and Sports offer, below is the Canterbury Computer Card.

Thought SACRED COMMAND (5) was good first up at Sale and was always going to be one to improve with the run under the belt. Former Kiwi with good talent and that fresh run said that he was in for a big campaign. Think his stablemate CARBONETTI (2) is another that will be winning better races than this; but does he need the hit out just as Sacred Command did last time? That is the question punters face. Tipping he runs well but can have a better winning shot next time. Wary all the same and also must be wary of COPPERFIELD (4) who gets the blinkers now after running around a bit and just missing last time. The shades may just set him straight. LITTLE MAX (9) struggled last time but is better than that. SPICY (12) has upside.
SELECTIONS: Sacred Command is well poised.

SAWTELL (8) is hardly a horse that you'd put on top but such is the evenness of this race that it looks like the best chance he has had in a long time of returning to the winners' circle. His last two efforts have hinted at something like his form of old and from the perfect inside gate, he will be given every opportunity. Each-way at nice odds. ZOUSTORM (3) capped off some consistent efforts with a comfortable win last start. He drops slightly in class and will appreciate the extra distance on offer, making him well placed to win again. APPLIED (6) took on City class two starts back and may have been too fresh last start when weakening late. He will be much sharper today and is capable of figuring in the finish. Do not treat lightly.
SELECTIONS: Sawtell each-way.

CIVVY STREET (1) chased solidly to the line here fresh, falling 0.6L shy of the winner. Strips fitter and is drawn to get the gun run. Hard to knock. SEEABLE (2) didn't give his rivals a chance at the latest, leading from go to woah. In-form hoop CPJ sticks and is drawn to advantage. Likely to threaten. SIMPLE LOGIC (3) returns. Performed well against stronger opposition last campaign and will be going close if he can reproduce. BREAD TO FLIRT (8) put in a determined chase to the line here a fortnight ago and was unlucky not to fill the frame. Rock hard fit now. Each-way chance.
SELECTIONS: Civvy Street hard to beat. 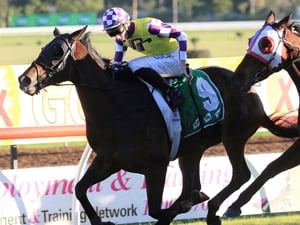