The 27-year-old jockey, who ventured from Panama to South Florida in 2014, ranked eighth last season with 46 victories.

Vasquez inched closer to the 1000-win milestone while pushing his U.S. win total to 975 with Thursday's hat trick.

The 20-cent Rainbow 6 gross jackpot pool will be guaranteed at $650,000 Friday at Gulfstream Park after going unsolved Thursday for the 11th racing day in a row since the jackpot was hit or a $342,836.75 payoff.

The Rainbow 6 jackpot is paid out when there is a single unique ticket sold with all six winners. On days when there is no unique ticket, 70 percent of that day's pool goes back to those bettors holding tickets with the most winners, while 30 percent is carried over to the jackpot pool.

Friday's Rainbow 5 sequence will span Races 4-9, including a highly competitive featured optional claiming allowance in Race 8, a five-furlong turf dash for older horses. Trainer Christophe Clement's Shekky Shebaz will seek a long overdue victory after a pair of close-up finishes during the Championship Meet. Mark Casse-trained Jack and Noah, a multiple-stakes winner who is rated as the 2-1 morning-line favorite, will return from an eight-month layoff. Saffie Joseph Jr.-trained Chasing Artie, who has won two stakes n his last three starts, will also return from a long layoff since winning the My Frenchman at Monmouth July 11. 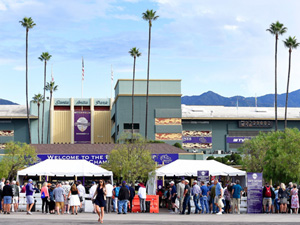