The Randwick Timeform recap featuring a race by race overview of key performers and ones to watch from Winter Stakes Day on July 11.

Noble Boy returned to the winner’s circle in the Listed Winter Stakes, holding out the fast finishing Order Again who can perhaps turn the tables next fortnight in the Winter Challenge.

It was the younger brigade who again stole the show with North Pacific franking his third to Farnan in the Silver Slipper with a convincing debut win.

A great way to start off a winter program in Sydney, seeing a colt with a Group placing behind a Slipper winner commence his campaign.

North Pacific put a good margin back to some nice individuals on Saturday. He ran the closest time to standard for the day in tough conditions. He appears to be stakes bound and post race the stable suggested the Golden Rose.

While still not quite producing figures up to that leve he has time to get there through races like the San Domenico and The Rosebud.

The son of Brazen Beau is owned by Orbis Racing who also race another promising two-year-old Doubtland who is equal third favourite for the Golden Rose. He won the Kindergarten Stakes in the autumn.

These two in tandem could produce some great results for Team Hawkes through the spring. The stable just have the enviable job of keeping the pair apart. Perhaps North Pacific can aim up at the earlier 3YO sprints in Sydney while Doubtland goes into the Rose second or third up.

Both colts are $11 for the Golden Rose. On ratings, Doubtland at this stage is the superior colt.

Korcho on Saturday has run a figure equal to the peak he achieved in the UK and he’s only a Benchmark 75 horse after the weekend.

Off what he produced on Saturday, there is very little doubt he progresses beyond Benchmark 78 level from here. It might be time to step the UK import up to 12 furlongs from here. There are some good options in the next month which a promising stayer such as himself could thrive in.

The Lees stable have My Swashbuckler in third as well who is another lightly-raced import with a pretty low Benchmark.

The Kris Lees stable has had Sydney winners the past seven Saturdays and these pair can play a role in keeping the streak going.

Fulmina had every chance however in her defence, she’s struck a Benchmark 78 which contained some promising staying types.

Saturday marked two straight Highway Handicap wins for Rothenburg. He is Saturday placed up in Brisbane so country restricted grade was always going to suit him down to the ground.

Rothenburg simply outclassed them in the TAB Highway with a peach of a ride from the in-form Jason Collett for @mattydunnracing pic.twitter.com/7CxH5TygEF

It was announced last week the Dunn stable were made ineligible for Highway Handicaps due to having a satellite stable in Sydney. It will be an interesting transition to watch. The stable have won 26 Highway Handicaps which have been a key pillar of their stables business model for a while now.

They’ve got some good stock though that can help them with this, Rothenburg at the very least is a midweek level horse in Sydney.

Lewis has the pedigree to be above average and has kicked off his prep with two straight wins.

Lewis loomed up and chased down Frosty Rocks in R4 at Rosehill for @cwallerracing and @nashhot pic.twitter.com/kfA7JwwtwR

A lot of it likely has to do with the fact the Fastnet Rock gelding was gelded before this prep. He has run an equal career peak on Saturday.

The Chris Waller-trained gelding is a BOBS horse so don’t be surprised to see him go around again before the season is out.

The same applies to most of the horses in this field. The first four across the line - Lewis, Frosty Rocks, Steel Diamond and Academy are all BOBS horses with a bit of upside about them.

Varda’s campaign has gotten off to a great start having now gone two from two. On Saturday the Lonhro filly did it well enough to believe she can keep heading in this direction. She beat Switched who seven days earlier ran second to her stablemate Tailleur who herself looks very promising.

There is a 1200m Fillies and Mares Benchmark 78 Handicap at Rosehill in two weeks Varda can perhaps head to. It gives her one last look at chasing another BOBS bonus.

If she keeps winning, an immediate goal from here could be the Group 3 Toy Show Quality at Randwick on August 22.

Diva Bella was getting home nice in fifth off a freshen up. She only has a Benchmark of 64, meaning there should be a lot of next start options for her.

Saturday marked two straight wins for Edison on a surface he is meant to loathe. After chalking up almost $200k in prizemoney and BOBS bonuses for connections through four starts, he’s off to the spelling paddock now after a highly profitable winter prep.

Edison on the quick back up traveled sweetly in the run and kicked clear to salute R6 for @BBakerRacing and @boss_glen pic.twitter.com/kOXCdnT9Y5

It’s a great time to have these three-year-olds in work. Lightly-raced, progressive types enjoying kills and jagging big prizemoney against off season types.

The Magic Millions is next for him.

Outside of Edison, Bandersnatch was disappointing. Assuming he pulls up okay, they’ll likely start him once more before the season is out and perhaps should consider dropping the Casino Prince gelding in trip.

Even though he was disappointing, with Edison off to the paddock it is Bandersnatch who is still probably the horse coming out of this race who has the most immediate relevancy.

Noble Boy stayed along the inside and got all of the breaks as clear room emerged. He’s run to a Timeform rating of 105, a figure he has returned on four occasions now.

Welcome back to the winners circle Noble Boy! @ClareCRacing's gelding was given another smart ride from Jason Collett to salute in the Listed Winter Stakes as the in-form hoop brings up a treble pic.twitter.com/M4Ig0mNC4B

105 comes in below the prior five year winning average of the Winter Stakes but it’s had some nice winners the past couple of years.

From here Noble Boy likely goes to the Winter Challenge in two weeks at Rosehill. Most of these horses will head there.

Taikomochi and Order Again each look good early in their preps. Both will be fitter again and meet Noble Boy better at the weights in two weeks. Order Again would be my early lean for the Winter Challenge. They’ve run that race for nine years now, Chris Waller has won it six times.

Seaway, Mister Sea Wolf, Foreteller and He's Your Man are a few of his winners.

Nash Rawiller landed Inanup in a great spot and was too strong late.

Inanup is what he is, an honest, reliable, off season sprinter. The Bon Hoffa gelding has won at least one race for connections in each of his five full race preps.

The six-year-olds Benchmark has risen to 86 now but there are still options for him the next month.

Kordia was fair, albeit performing below market expectations. When he won first up I thought right, here’s a horse we can hitch our wagon to for the winter. Even if he’s only going around 6-4, he’ll work through his grades.

Last Wednesday he accepts for Rosehill with synthetic hoof filler on and on closer look, struck a race where the speed map looked terrible for him.

He wasn’t bad on Saturday but still ran well below what he produced first up.

If he comes through Saturday’s run alright, there is a 1300m Benchmark 88 Handicap at Rosehill in two weeks I’d like to see him go to. The Epaulette gelding is worth another chance and after Saturday, we should get a better price about him next start.

Saturday’s meeting as a whole was of solid quality. The last race had a distinctly winter feel about it.

Partners is going about his business well this prep. He has improved with each run and has transitioned well from Highway Handicaps.

The Nicconi gelding was well placed to make the transition, there usually isn’t a great deal of quality in these four-year-old and upwards Benchmark 78’s. He’s only got a Benchmark of 67 after Saturday so he can potentially pick off another two events in this ratings band.

Charretera was strong late in third. He understandably seems to have the tag of a non winner.

He may be worth some thought at an each way quote next start fourth run from a spell. 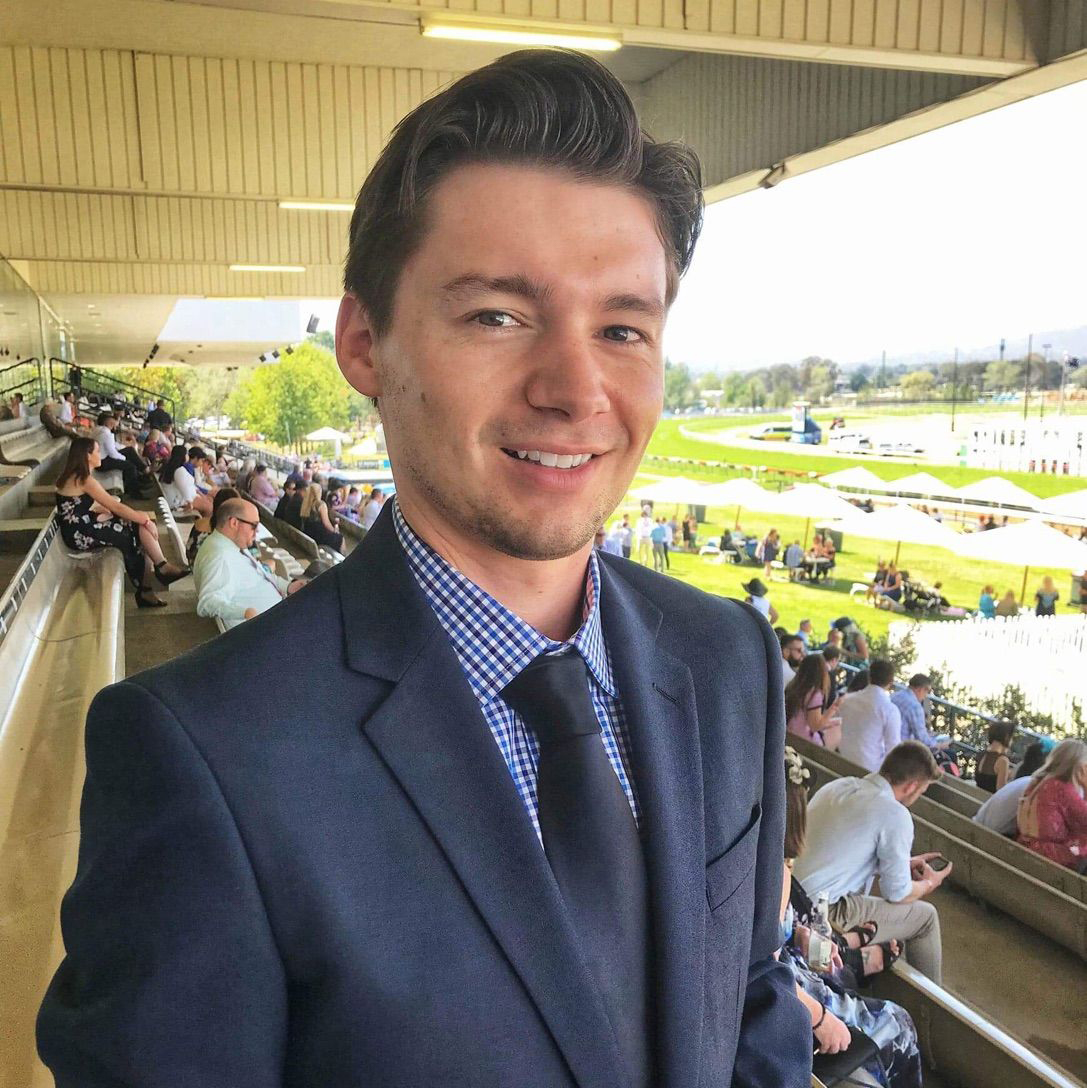 Alex Steedman is the Head Of Content at Racing and Sports and has been with the company since 2008.

Alex oversees the daily production of content at Racing and Sports along with pursuing his love of form analysis.

He works with a team of race analysts and technologists in servicing the Racing & Sports website, as well as the business requirements of local & international wagering and racing organisations.